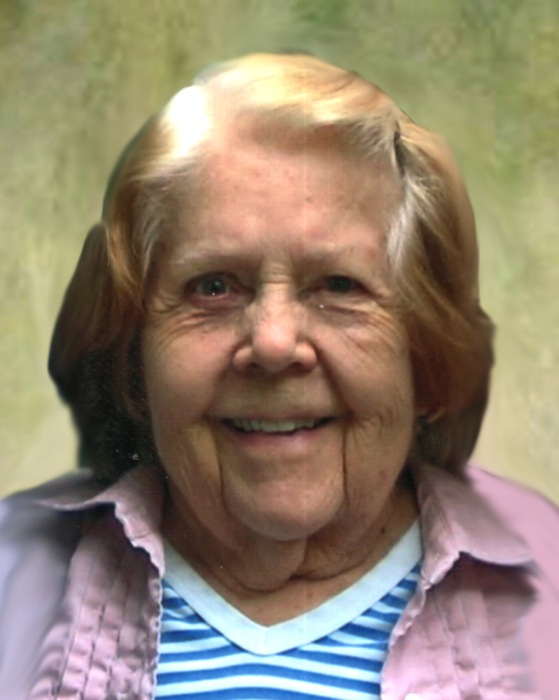 Darlene Mae Stelk, 89, died Sunday morning, April 7, 2019.  Born February 17, 1930, at the home of parents Carl Theodore (Ted) and Ella Laurina (Clauson) Johnson, Darlene spent her early summers amongst the flowers and frogs, playing, weeding her mother’s garden, picking potato bugs for a farmer, or bringing a bucket of coal to a neighbor lady.  By age 8 her older sister and both brothers had left home and she felt like an only child.  School was only two blocks away, and she usually went home for lunch, but often rode a bus to watch basketball games.

In 1945, Darlene and her mother drove with friends to visit relatives in California and Naches, Washington, where she spent her sophomore year.  In the summer of 47’ she met her future husband Richard who was visiting from Colorado.  After a year and a half in Colorado, he re-enlisted and they moved to Pennsylvania, where their son Steven was born in 1949.  In 1952, the Air Force shipped him to France and Darlene and Steve followed on the Queen Elizabeth.  They drove shorts trips to six other countries, including her ancestral home, Denmark, which she re-visited in 1989.  After three years they returned to PA, where son Michael was born in 1956.  Among his other assignments were Alabama and Southern California, where Darlene clerked in stores.  Retiring to Colorado Springs, Richard died in 1982.  The next year Darlene returned to Minnesota, where several relatives still lived, and she continued to grow flowers, as she had done in five states and climates.  She impressed everyone she met with her gentleness and modesty.

Darlene is survived by her sons Steven of Alexandria and Michael of Colorado Springs, CO.

To order memorial trees or send flowers to the family in memory of Darlene Stelk, please visit our flower store.
Open