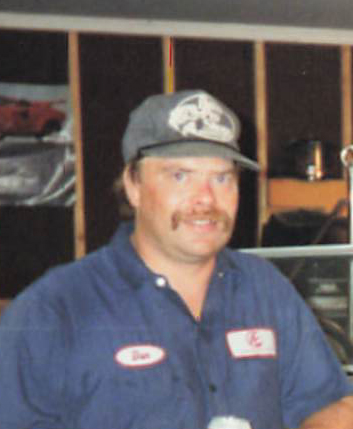 Danny Jay Haak, “Dan” was born on May 10th, 1961 in Duluth, Minnesota. Dan was baptized and confirmed at the St. Johns Lutheran Church in Garfield, and then attended Garfield Elementary school. In 1979, Dan Graduated from Jefferson High School, before briefly moving to California and starting his trade in a machine shop, then returning home after the passing of his father in October of 1981. Dan then farmed with his brother and spent his winters in Florida. Dan then moved onto working for Alexandria Extrusion where he excelled at and was well known for his eye for detail which he enjoyed to show others in his day to day life and every job he performed.

Dan was united in marriage to Julie Muzik in July of 1999.  The couple was married for 21 years. Until May 1st 2021 when unexpectedly Dan left us due to a heart attack while Dan was doing one of his enjoyments in life, fishing. Other then fishing Dan loved to stay busy whether it be riding motorcycle, his Cam “side by side”, snowmobiling, and spending time with his family. Dan was loved by all for the kind hearted tasks he would do for his friends, family, and spending time with Julie.

Dan is survived by his loving wife Julie, his mother, Marilyn, brother Dana, and sister in law Brenda, along with niece Marissa, and nephews Justin and Brady. Dan has two step children, Dallas and Dillon, and many grandchildren, and in-laws.

Dan was preceded in death by his father, Duane Haak, his parents in law, Thomas, and Ardelle Muzik, brothers in law, Tommy Muzik, James Olson, and sister in law Lorraine “Putt” Muzik.

To order memorial trees or send flowers to the family in memory of Danny Haak, please visit our flower store.
Open