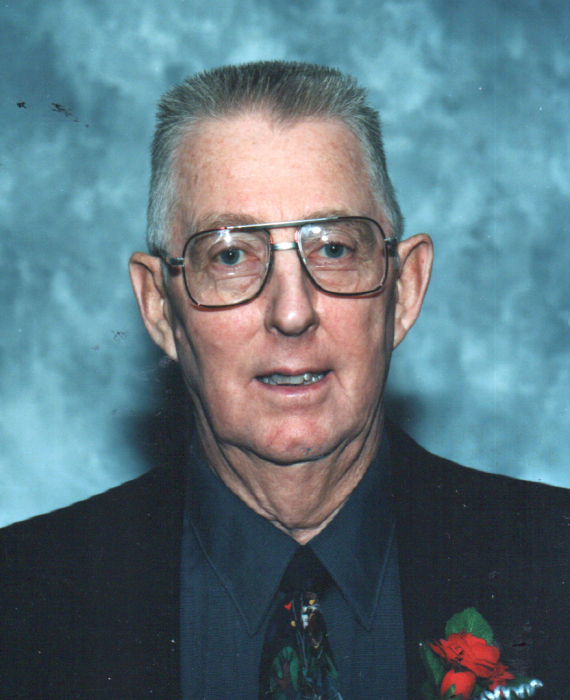 He was born in 1932 to Charles and Ruth Neller in Alexandria at St. Luke’s Hospital and lived most of his life in Alexandria.

Sports were a great love, and Dan played football, basketball, baseball and Legion baseball through his teen years.  He remembered the old Central gym filled from floor to rafters with townspeople as the 1950 basketball team made their run for the State tournament.

After high school, Dan attended St. Cloud State Teachers College before joining the Air Force in 1952.  He was stationed at Biloxi, Mississippi and White Sands, New Mexico before being sent to Fairchild AFB in Spokane, Washington.

A Methodist church near the base sponsored a young adult Bible study group for the airmen to attend, and Dan soon found himself watching a pretty brunette girl.  Dan married Patricia on March 9, 1956  at Liberty Park Methodist in Spokane, Washington.

They were blessed with four daughters:  Pam, Jeri Jo, Susan, and Kristi.

He worked for the telephone company for 34 years, starting as a lineman and retiring as an outside plant engineer.  Everyone in town knew he worked for the phone company, and if there was a problem you could call Dan Neller and he would get it fixed.

Through the years, Dan was active in 4-H as Horse Project Leader and was instrumental in getting the new horse arena built.  When the project members decided to name the arena after him, Dan objected with his typical humility, pointing out that the arena was built through the hard work of many other people.

Dan was a member of Kiwanis and Golden K for many years.  He held both local and district offices, leading and serving with his usual quiet faithfulness.

While he was active in community and service work, his greatest love was for his church.  Dan served on many different committees at First Baptist Church, including the Centennial Building Committee and the Trustee Board.  He taught Sunday School, helped out with the young adult group, and was always ready to do whatever needed to be done.

At the time of his death, Dan was a member of Grace Baptist.  He was on the charter committee to form the church, helped write the constitution, and headed up the Building Committee for the new facility.  He served many years on the Finance Board and Church Council, performing his duties with faithfulness, devotion and integrity.

In the last few years, Dan balanced an increasing number of physical conditions.  He inspired people with his grit and determination as he struggled to recover from each hospitalization or procedure.

Dan was a man of great faith.  He was utterly fearless of what lay beyond this life, and eager to see his Lord.  His focus was on Jesus, and he kept his faith until the very end. He was a man who was always thinking, and gave his opinion honestly and respectfully.

To order memorial trees or send flowers to the family in memory of Daniel Neller, please visit our flower store.
Open