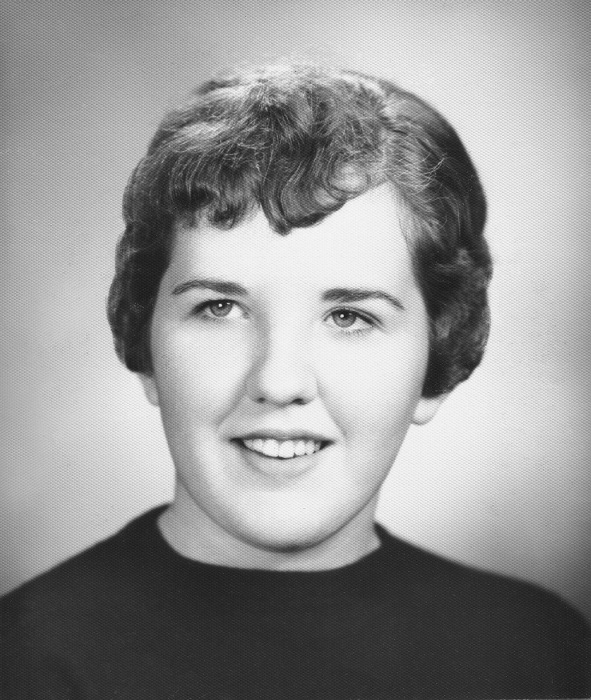 Cindy was born on May 27, 1942, in Crookston, MN to Elmer and Genevieve Johnson. She married and raised her 2 children in Washington, DC.  After retiring from the Department of Energy, she spent her first few years of retirement in Clifden, County Galway Ireland.  Later she moved to Alexandria, MN where she remained for her final years.

Cindy was preceded in death by her father, Elmer, her mother, Genevieve, and her brother, Roger. She is survived by her two children, Jonathan Ford and his spouse Kirsten Ford and Katherine Kintzel and her spouse Jeffrey Kintzel, her two grandchildren, Samuel and Matthew Ford, her brother Cary Johnson his spouse Marilyn Vanderlinde, her sister in law, Clarette Johnson and her long-time companion, Norman Krandall.

A visitation will be held for one hour prior to the Memorial Service at the Anderson Funeral Home and Crematory.

Inurnment will be in the Concordia Cemetery in Fertile, MN on Friday, August 16, 2019 later in the afternoon.

In lieu of flowers, donations can be made to Wabash Valley Community Foundation under Cindy’s name to benefit adopted and foster children and to carry on her love of all children. Wvcf.org  or 812-232-2234

Arrangements are with the Anderson Funeral Home and Crematory.

To order memorial trees or send flowers to the family in memory of Cynthia Ford, please visit our flower store.
Open