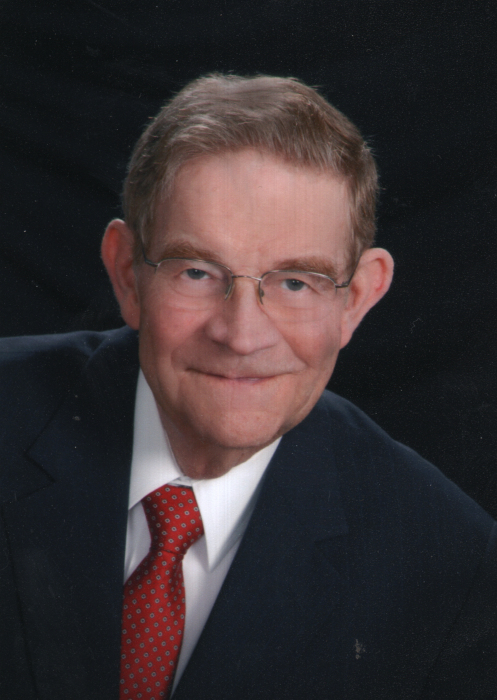 Curtis “Curt” H. Thorfinnson, was the youngest of three sons born to Hjalti “Mike” and Johanna “Jo” Thorfinnson on June 10, 1939.  He grew up in Wahpeton, ND, where he graduated from high school in 1957 and North Dakota State School of Science in 1959.  On August 19, 1961, he married his high school sweetheart, Bonnie Koppelman.  They lived in Fargo where Bonnie taught 2nd grade and Curt completed classes and student-taught at Moorhead State College’s campus school.  He graduated with a major in math and science which he taught in Abercrombie, ND in addition to being the principal.

In 1967, they moved to Bloomington, MN when Curt accepted a position as a reliability engineer for the Control Data Corporation.  They purchased their first home in Bloomington and raised their two children, Brent and Kelli there.  This is where they lived for 41 years.

Curt was always a teacher at heart.  He taught their children life skills, math to anyone who needed help, taught Sunday School and was a Boy Scout leader for 25 years.  He started as a cub master with many positions to follow.  One week of his summer vacation was often at scout camp.  Curt received awards for his many positions including the Silver Beaver Award which is the highest award a volunteer can receive on the council level of the Boy Scouts of America.

Music was a large part of Curt’s life.  He played first chair trumpet in high school and college.  In 1957, he was chosen to play in the National FFA Band in Kansas City.  He sang in the Alphaen Male Chorus.  Curt taught himself how to play the guitar and he and Bonnie would harmonize to his accompaniment.

Curt was proud of his Icelandic heritage, as all of his grandparents came from Iceland.  At one time he was Vice President of the Icelandic Association of MN.  Curt and Bonnie had three wonderful trips to Iceland and often had Icelandic visitors in their home.

Before retiring he held various positions at Ryt-Way Packaging in Northfield and in Lakeville.  After retiring, Curt enjoyed doing small engine repair at Ace Hardware in Apple Valley part-time.

In 2008, they moved to Alexandria, MN, where they enjoyed retirement.  They were able to watch their granddaughters grow up, as they had with their grandson while living in Bloomington.

Curt will be remembered as a loving family man with a positive spirit.  He was a kind, patient man with a quick wit and a big heart.  He was always willing to help someone and grateful for the help he received in his later years.

Curt died on May 8, 2021, at his home at the age of 81, under the care of Hospice of Douglas County.  He was preceded in death by his parents; and his brothers; Romaine and Jerry.  Curt is survived by his wife of 59 years, Bonnie; son, Brent Thorfinnson; daughter, Kelli (Craig) Risnes; grandson, Mike Thorfinnson; granddaughters, Ella Risnes and Ana Risnes; sisters-in-law, Mavis (Bill) Hamann, Monica (Bill) Stutsman; and many nieces, nephews, cousins, and friends.

A Funeral Service will be held 11:00 AM on Thursday, May 13, 2021, at First Lutheran Church in Alexandria.  Visitation will be held for one hour prior to the service.  To protect the safety of all, masks will be required. A private interment will be held at Fairview Memorial Gardens in Wahpeton, ND.

A recording of the service will be available on Friday, May 14, on the funeral home website.  In lieu of flowers memorials are preferred to First Lutheran Church to be used for their Sunday worship broadcast and livestreaming.

To order memorial trees or send flowers to the family in memory of Curtis Thorfinnson, please visit our flower store.
Open