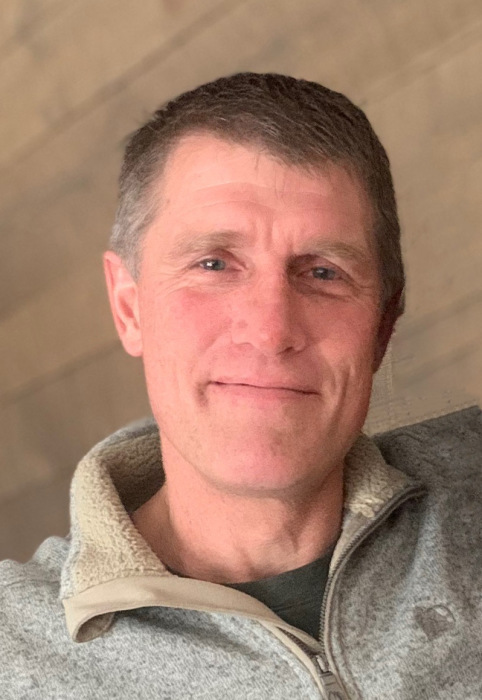 Curtis Francis Boesl was born on July 23, 1972, in Alexandria, Minnesota. He is the son of Timothy and Phyllis (Herzog) Boesl. Curt grew up on a hog farm outside of Garfield and graduated from Jefferson High School in 1990. He met the love of his life, Julie (Jesnowski), at the Millerville Cafe. The couple were married on April 5, 2003 at Our Lady of Seven Dolors Catholic Church in Millerville. The couple lived on a dairy farm near Millerville where they raised their five beautiful children. He owned and operated Boesl Dairy with his dad and four brothers.

Curt’s family, faith, and farm life were at the heart of everything Curt did. He was a giving man. Curt was the first one there to help anyone. Whether it was to pray for them or to fix a car, he was there. He instilled a work ethic and passion for the farm in his children. He used to say, “People go on vacations to make memories with their children, I make memories working with mine on the farm.” It wasn’t a job to him, it was his way of life.

Curt was known for his deal making, big hugs, games of whist, and sweet tooth. His deals included everything from washing machine parts to vehicles. His hugs were genuine. Whenever Curt saw a niece or nephew, he would ask for a hug. And if it wasn’t up to his expectations, he would make them give a better one! There was never a family gathering without at least a game of whist. As for his sweet tooth, he was usually looking around the room for dessert before his plate was even half way empty.

Curt volunteered in many organizations. He was a member of the Seven Dolors Church Council for sixteen years, the Millerville Fire Department for twenty four years, and the Minnesota PKU Board. His big heart had an impact on so many.

To order memorial trees or send flowers to the family in memory of Curt Boesl, please visit our flower store.
Open