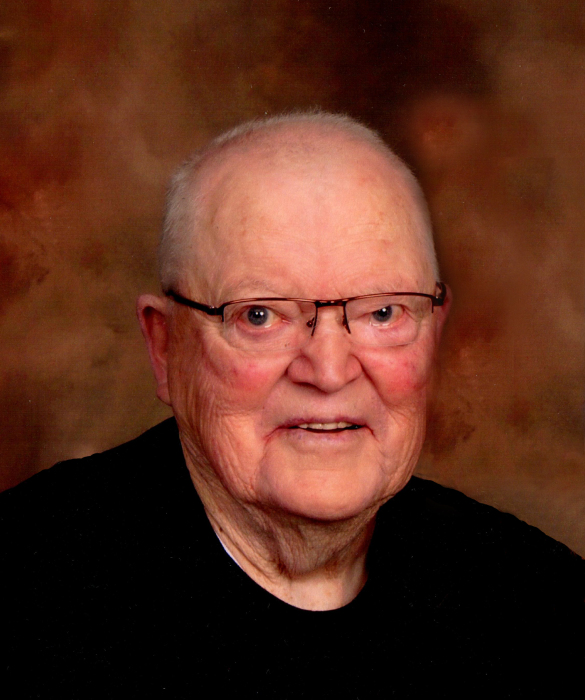 Cliff was born on October 12, 1926, to Martin and Hannah Alveshere in Harvey, North Dakota.  In Cliff's youth, his family moved to Minnesota and settled near Hewitt, where Cliff graduated from high school.

Upon his return from service, Cliff met and married Cora Campbell on February 5, 1949.  To this union three children were born - Connie, Curt, and Clark.  Cora passed away on September 4, 1987.

During Cliff's career, he farmed, was a carpenter, worked as an insurance agent for Lutheran Brotherhood and ended his career working for the U. S. Postal Service as an Alexandria city carrier.

Cliff met and married Diane Worsech on August 22, 1990.  They spent the next 31 years crafting, traveling and jointly managing Alveshere Piano Studio.  Many a student would stop by Cliff's desk after lessons and say something like "I'm playing baseball at Fillmore Park tonight at 5:00 o'clock".  Cliff would go and watch countless students over the years play any kind of sports.

He loved his "Alexandria Cardinals" and they loved him back and called him one of their "Super Fans".  It gave him great joy to watch youth develop and improve their skills from elementary through high school and beyond.

Cliff was a member of the UCC Dartball Team and wouldn't miss the Tuesday morning coffee with his buddies at Travelers Inn.  He was also a member of Bethesda Lutheran Church and served as treasurer for many years.

Blessed be the memory of Cliff!  We are so grateful for his 95 years with us.

Donations can be made to:  Alexandria Youth Baseball Association (AYBA) Capital Funds

For the improvement and renovation of Knute Nelson Ball Park and other youth parks in Alexandria.

A Private Family Memorial service will be held in Alexandria.

A Celebration of Cliff's Life is being planned for the summer of 2022 at Knute Nelson Memorial Field.

To order memorial trees or send flowers to the family in memory of Clifford Alveshere, please visit our flower store.