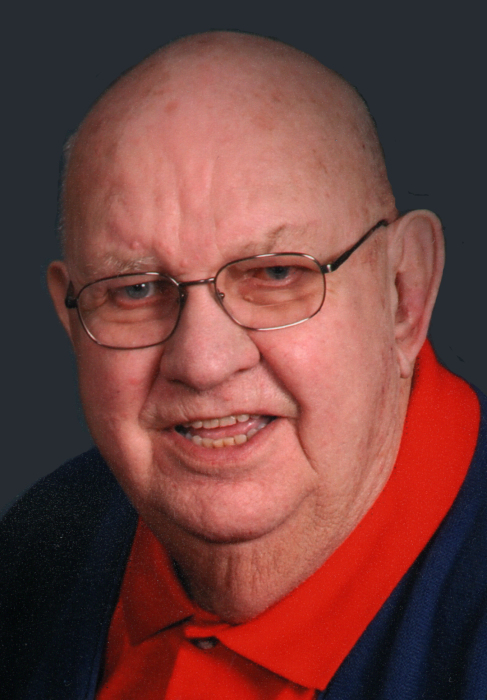 Clark Richard Johnson was born February 19, 1930 in Kellogg, MN, the son of Peter and Jennie (Bjerkhagen) Johnson. He was raised in Kellogg where he attended school.  At age 17 Clark joined the United States Army. After three years of service in the army he transferred to the United States Air Force and served his country for nine more years. In the service Clark worked in the motor pool. He had the opportunity to serve in Guam, Alaska and Washington, D.C.

On February 26, 1955 Clark was united in marriage to Lois Kaelke. Following his discharge from the Air Force the couple made their home in Minnesota. The couple lived at Carlos, MN for about ten years. They were blessed with two children, Paul and Peggy. Clark started working for Ambassador Meats as an independent wholesale meat and golden Plump chicken salesman. He became known in the area as the Chicken Man. Well after his retirement from the business in 1996 he was known as the Chicken Man. In his last days, as he entered St. William’s Living Center, the staff at the center greeted him as the Chicken Man. Clark and Lois moved to Miltona, MN where they lived for several years before finally moving to Parkers Prairie, MN.

Clark loved meeting people and he loved being the Chicken Man. His ability to visit and share his great sense of humor helped him in his job and in life. He always had a smile on his face and a smile was all he asked from others. Seeing others smile brought him joy; it is one reason that he and Lois often played Santa Claus and Mrs. Claus.

A committal service at the Minnesota State Veteran’s Cemetery at Camp Ripley will be held later.

To order memorial trees or send flowers to the family in memory of Clark Johnson, please visit our flower store.