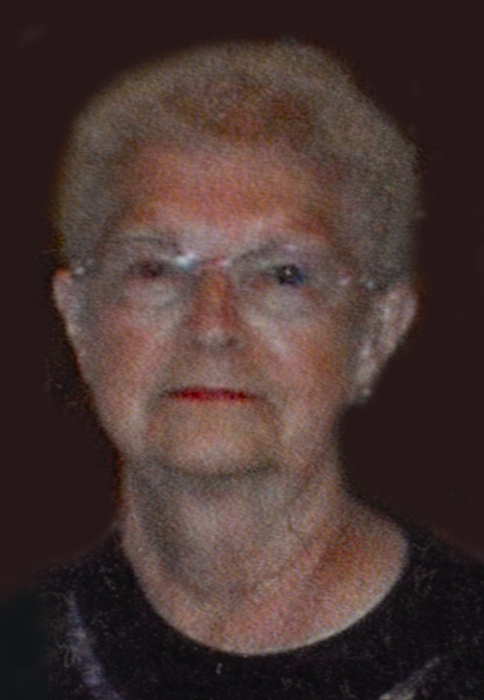 Christine Hormann was born May 2, 1931 in Wheaton, MN, the daughter of Louis and Alberta (Stevenson) Hormann. She was raised in Wheaton where she graduated high school.

Christine was blessed with five children, Dennis, Belinda, Kevin, Scott and Debra. In 1967 she moved her family to Alexandria, MN. Christine worked for Super-Valu. Later she worked for about fifteen years at Perkins and another eight years at the Brass Lantern before retiring.

On June 8, 1991 Christine was united in marriage to Gerald Steidl at the Morning Glory Gardens in Glenwood, MN. The couple made their home on a farm near Carlos, MN. In February of 2021 Christine became a resident at Edgewood Vista in Alexandria.

Christine loved doing crafts; she did beadwork, sewing and embroidery. She attended craft shows and fairs where she sold much of what she created.  Christine also worked as a seamstress. She liked to make and occasional trip to the casino. Christine was an avid gardener growing flowers and vegetables. She did lots of canning and cooking. She was an excellent baker and was known for her angel food cake and caramel rolls. In her earlier years she was a regular participant at the Douglas County Fair where her baking won her several blue ribbons. Christine also hunted and could handle a shotgun very well.

She was a longtime member at Trinity Lutheran Church in Carlos. Christine was a member of the Senior Citizens group in Carlos, the Red Hat Club, and the Eagles.

Christine’s family wishes to extend their gratitude to her doctors, to Knute Nelson Hospice, and to the staff of Bethany on the Lake and Edgewood Vista for the exceptional care they provided.

A funeral service will be held at 1 PM Friday, July 16, 2021, at Trinity Lutheran Church in Carlos. Reverend Mark Schwarz will officiate. Interment will follow in the church cemetery. Visitation will be from 5 to 8 PM Thursday at the Anderson Funeral Home and one hour prior to the service at church.

To order memorial trees or send flowers to the family in memory of Christine Steidl, please visit our flower store.
Open