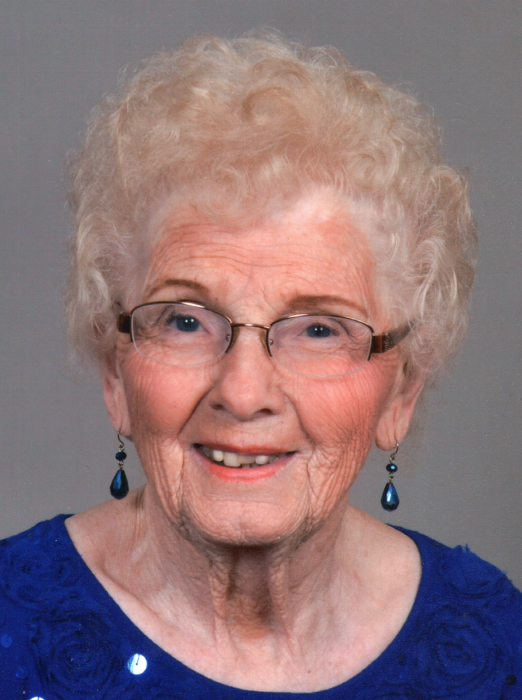 Carol Joanne (Nelson) Sonsteby, 88, of Alexandria died April 14, 2020, following complications from a hip fracture. Carol was born January 9, 1932, in rural Atwater, MN, the youngest child of Olaus and Christina (Erickson) Nelson. She grew up on the family farm. Carol was baptized and confirmed at Arndahl Lutheran Church. She graduated from Atwater High School with the class of 1949.

After graduation, Carol went to work at Holm Brothers Hardware Store. She met Ward Sonsteby, and the two were united in marriage on February 1, 1951, in Atwater. The couple was blessed with four sons. After Ward was drafted into the United States Marine Corps, the family lived in California for a short time before Ward was sent overseas. Carol returned to Minnesota and went to work for Honeywell in Minneapolis. Following Ward’s discharge from military service, the family returned to Atwater and later lived in Campbell, MN. They moved to Alexandria, MN, where Carol began working for Fingerhut. After nine years with Fingerhut, Carol and Ward entered the real estate business. She and Ward also owned two resorts and loved living by the lake.

Carol was a life member of the Order of the Eastern Star. She served as Grand Warder for the Minnesota Grand Chapter. She was also a longtime member of First Lutheran Church in Alexandria.

Carol enjoyed flower gardening and kept many large flower beds. During the decades of their retirement, Ward and Carol spent many happy winter months in South Texas.

A memorial service will be held at 2 PM Saturday, September 12, 2020 at the Anderson Funeral Home in Alexandria. Reverend Greg Billberg will officiate. Interment will follow in the Kinkead Cemetery in Alexandria.. Gifts in Carol's memory may be made to First Lutheran Church of Alexandria, MN, University of Minnesota Masonic Children's Hospital, Shriners Hospitals for Children, or Minnesota Masonic Charities. Arrangements are with the Anderson Funeral Home and Crematory in Alexandria, MN.

To order memorial trees or send flowers to the family in memory of Carol Sonsteby, please visit our flower store.