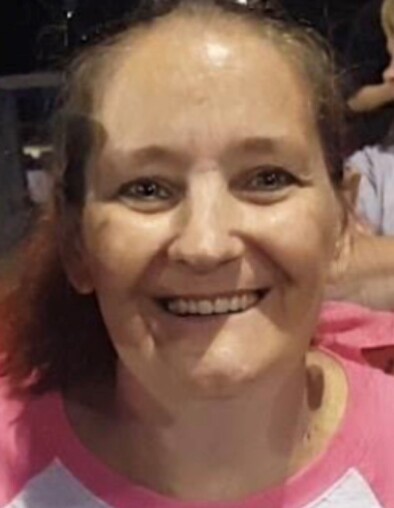 Carol Frances McMillan was born on December 13, 1965 to Richard & Patricia McMillan in Minneapolis, MN. Carol lived in Minneapolis with her parents and her older brother, Richard, her best friend, until she was 13. Her family moved to Alexandria, MN to experience a slower paced life, however, those close to Carol knew she could not be slowed down.

Carol met Paul Holthusen when she was 15 years old and eventually married. They had two children together, Ryan and Eric. Carol and Paul remained remarkably close throughout their lives.  Carol later married Bob Anderson and shortly after they had a son, Travis.

Carol had many ups and downs throughout her life but at the age of 25, Carol moved to St. Cloud to begin a better life, which began with recovery. Through this process, Carol was able to help her brother start his recovery journey as well.  Carol moved back to Alexandria a few years later to be closer to family.  Carol instilled many great qualities in her three boys, and they had an unbreakable bond.

Carol was an amazing woman who loved others and life with all that she had. She loved spending time with her family, going to thrift stores, and collecting a variety of things, including two of her favorite items wolves and Native American art.

The love and joy that Carol had radiated onto others and even though her road was challenging at times, she never lost her faith and recently began attending church and women’s groups. Carol had much love for her children, grandchildren, nieces, nephews and many others along the way. In her later years, Carol focused on spending time with her family and friends enjoying bonfires, bowling, shopping, babysitting, and just being together.  Carol was game for anything, anytime, as long as she was with her loved ones.

Carol passed away on Tuesday, November 10, 2020 at the age of 54 with her two sons Eric and Travis, and brother Richard by her side. Carol is survived by her brother Richard McMillan, sons Eric (Kala) Holthusen, and Travis (Kaitlyn) Anderson, daughter in law Maechelle Stephens, grandchildren Brayden Holthusen, Matthew Rautio, MaCee Linow, Carsen Linow, Ariana Kettner, and Elizabeth Holthusen and many nieces, nephews, cousins, and friends. Carol was preceded in death by her parents Richard and Patricia McMillan, and her son Ryan Holthusen.

Carol, your love & laughter will remain in our hearts forever.

A Private Memorial Service will be held on Wednesday, November 18, 2020, at Shalom Lutheran Church in Alexandria.  A Public Visitation will be held from 12-12:45 PM prior to the service at the Anderson Funeral Home. With a live-stream and recording of the service located on the funeral home website starting at 1:00 PM on Wednesday, November 18, 2020.

To protect the safety of all, masks, social distancing and building occupancies will be observed.

To order memorial trees or send flowers to the family in memory of Carol McMillan, please visit our flower store.