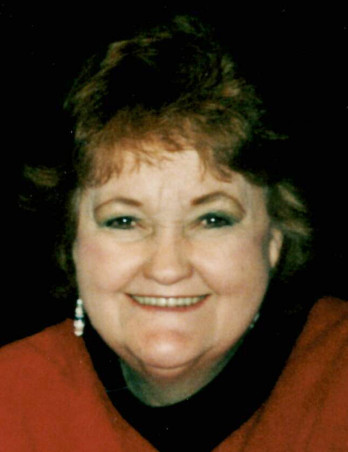 Carol Ruth (Anderson) Blowers was born on July 25, 1941, to Frank and Nellie (Simons) Anderson in Cokato, MN where she was also raised and graduated from high school. In her younger years, Carol enjoyed roller skating and through this interest, she met Donald Blowers. They were married on September 1, 1962, at Evangelical Lutheran Church in Cokato, MN. The couple dairy farmed in Maple Lake, MN where they were blessed with 4 children, Jaymy, Darin, Joleen, and Mark. Then the family moved to a dairy farm in Evansville, MN where they were blessed with one more son, Shane.

At the farm, Carol baled hay and fed the cows. After the chores were done, Don and Carol would take the kids fishing and swimming, often at Lakes Moses. Beyond the work she did at the farm, Carol worked as a bookkeeper at Dot Distributing, Leaf Valley Creamery, Nelson Creamery, and then retired from Juettner Motors. After retirement, Don and Carol often took day trips traveling around Minnesota.

Carol had a 3 plus acre garden where she grew many things like flowers, pumpkins, watermelons, and corn. She enjoyed playing card games, knitting, crocheting, crafts, and four-wheeling around the farm. Carol was strong willed, but soft spoken and kind, and had a way of communicating clearly with only her eyes, and was a great cook and baker. She loved her children, grandchildren, and great-grandchildren and treated them all equally.

Carol Ruth Blowers passed away on Friday, August 5, 2022, at St. Cloud Hospital at the age of 81. She is survived by her children, Jaymy (Chris) Blowers, Joleen (Tiger) Stout, and Shane Blowers; 16 grandchildren; 15 great-grandchildren and one on the way; and daughter-in-law, Cassandra Blowers. She is preceded in death by her husband, Don; sons, Darin (Tammy) Blowers and Mark Blowers; sister, Marcia Meyer; and brother, Marvin Anderson.

A celebration of life will be held on Saturday, August 27, 2022, from 1-3 PM at Millerville American Legion.

To order memorial trees or send flowers to the family in memory of Carol Blowers, please visit our flower store.
Open