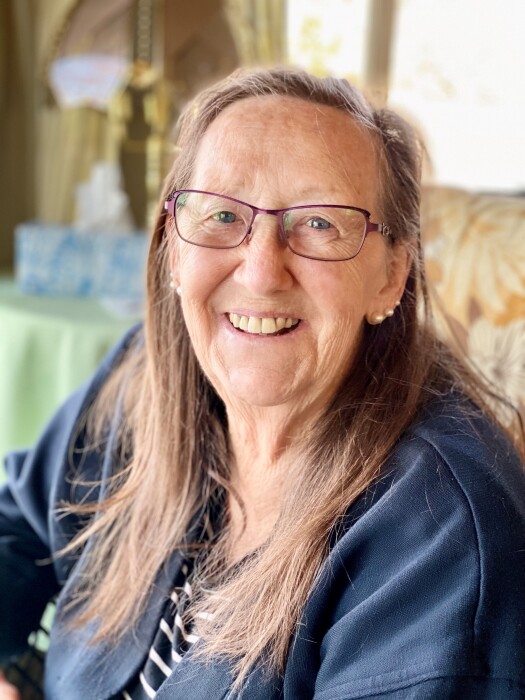 Carol Ann (Krause) Allex, age 80, passed away peacefully surrounded by her husband and children on February 23, 2021, at Saint Joseph Hospital while wintering in Tucson, AZ.  She was born June 17, 1940, in Blue Island, IL to Anthony and Clara (Ertz) Krause. As a child, she moved with her family to various places in the Midwest before they settled in Marshall, MN where she graduated from High School in 1959. In her youth, she was baptized and confirmed in the Catholic faith.

As a family we heard many times over the years how she met this handsome man, named Dennis Allex, while waitressing at Club 59 in Marshall. They dated for a few years and were married on July 24th, 1976, in Marshall, MN. After getting married, this city girl adapted quickly to life on the farm where she thrived. The earlier part of their marriage was filled with raising three kids and raising crops. The yard was filled with gardens and the house was never without some amazing food you would expect to find on a farm. If you were to stop by, you would find her cooking, doing the farm book work, gardening, working up the fields with her little ones strapped in next to her, or loving up on her family. She did that in so many wonderful ways.

If you couldn’t find her on the farm, you would more than likely find her at one of her jobs in town, volunteering at church or leading a Cub Scout or Blue Bird group for one of her kids. She also spent time with their friends in the snowmobile and card clubs they were part of.  Over the years you would have found her in the bleachers and auditoriums because she didn’t miss a home game or activity her kids or grandkids were in.

It was their love of camping that eventually led her and Dennis to move to their home on Lake Andrew in 2006 when they retired from farming. Once they settled in, so did the birds and squirrels she loved to feed. She had a favorite set of chairs overlooking the lake she could watch them for hours while chatting with family on the phone. She was also extremely fond of the loons that lived on the lake.

The years following this move were filled with lots of family time as the grandkids enjoyed life on the lake and her children and husband enjoyed seeing her smile as she loved up on her family. There were so many things she taught them, but some of the highlights included a love for crafting/sewing, cooking (for an army as we all joked), storm chasing, and to live with faith in Jesus. When you left her house, you were all but guaranteed to be tired and full from all the food and love.

She always dreamed of traveling in a camper around the country and that is what she and Dennis did as they became “snowbirds” over the past few years in the winter. They spent time in Florida, Texas and the last two years in Arizona. Although they loved the warmth and different sights, it was the love of family that brought them home each spring.

A Private Mass of Christian Burial will be held on Friday, March 5, 2021, at St. Mary’s Catholic Church in Alexandria.  Visitation will be held from 5-7 PM with parish prayers at 4:30 PM on Thursday, March 4, 2021, at the Anderson Funeral Home and from 8:30-9:30 AM before the service at the Anderson Funeral Home.  A live stream and recording of the service will be available 10:00 AM on Friday, March 5, 2021, on the funeral home website.  To protect the safety of all, CDC guidelines of social distancing and wearing of masks will be required.  Interment will be held at the Minnesota State Veterans Cemetery at Camp Ripley.

To order memorial trees or send flowers to the family in memory of Carol Allex, please visit our flower store.
Open