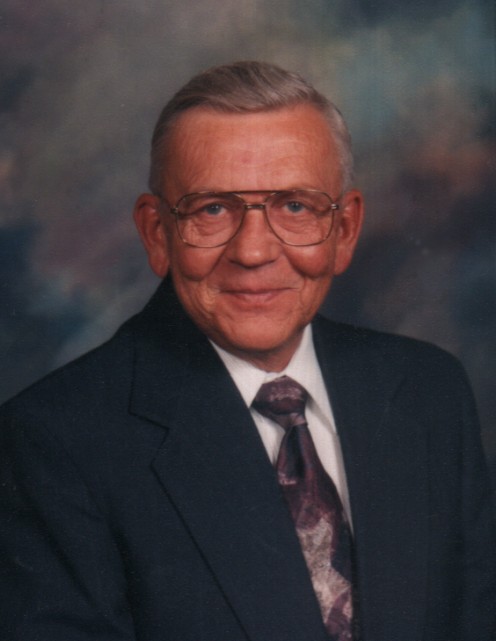 Bruce William Frisch was born on August 9, 1939, in Aberdeen, SD to Helen and Freddie Frisch.  He was baptized and confirmed at the Zion Lutheran Church in Ashley.

He attended elementary and high school in Ashley, North Dakota.  He received his Bachelor of Arts degree at Ellendale Teachers College in Ellendale, ND.  He continued his education attending summer school at the University of Tulsa (Oklahoma), Rutgers University (New Jersey) and, NDSU in Fargo, North Dakota.

On June 3, 1961, Bruce married Violet (Vi) Landsiedel at the Ashley Baptist Church.  They were lifelong partners for 58 years.

Bruce’s teaching career as a high school math and industrial arts instructor included stints in Newtown, ND, Sheyenne, ND, and Wyndmere, ND.  Bruce changed careers and served as parts manager at Kelly Implement (Wyndmere) for several years.  Later, Bruce and Vi moved to Wahpeton, ND where he was Purchasing Manager at North Dakota State School of Science for 21 years before retiring in 2001.

Bruce and Vi built their retirement home on Wall Lake, near Fergus Falls, MN, where they spent many enjoyable times with family and friends.They also enjoyed 13 winters in Alamo, Texas. Bruce and Vi left their lake home for a townhome in Alexandria, MN in 2016. Bruce was a member of various organizations including the North Dakota Education Association, National Education Association, and Alcoholics Anonymous.While in Wyndmere, he was also a volunteer member of the fire department, served on the church council, and was honored as “Teacher of the Year.”

Bruce took great enjoyment from a wood carving hobby he enjoyed for most of his adult life.He was a carving club member in Wahpeton, ND as well as a member of the Rio Grande Valley Carving club in McAllen, TX.He also enjoyed bowling, hunting, fishing, boating, and camping with family and friends. Bruce was devoted to his family and his favorite pastime was spending time with them.Bruce and Vi took particular pleasure in spending time with their grandchildren.

Bruce went to be with his heavenly father on January 19, 2020, at the age of 80.He was preceded in death by his parents; his only brother, Charles; his grandson, Jeremy; and his nephew, John.Bruce is survived by his wife, Vi; sons, Neal (Dirk Dietrich) of Maple Grove, MN and Mike of Elbow Lake, MN; and grandchildren, Sarah (Colin) Waldorf of Monticello, IA, Hannah Frisch of Des Moines, IA, Madison Dietrich-Frisch of Maple Grove, MN, Lisa (Dave) King of Blaine, MN, Craig Frisch (Amelia) of CA and great-grandchildren, Sawyer Waldorf, Haleigh King, Brody Boeckmann, Adriel Frisch and Louis Frisch.

In lieu of flowers, contributions may be made to Calvary Lutheran Church of Alexandria, MN.

A Memorial Service will be held 11:00 AM on Monday, January 27, 2020, at Calvary Lutheran Church in Alexandria.  Visitation will be held for one hour prior to the service on Monday.

To order memorial trees or send flowers to the family in memory of Bruce Frisch, please visit our flower store.
Open