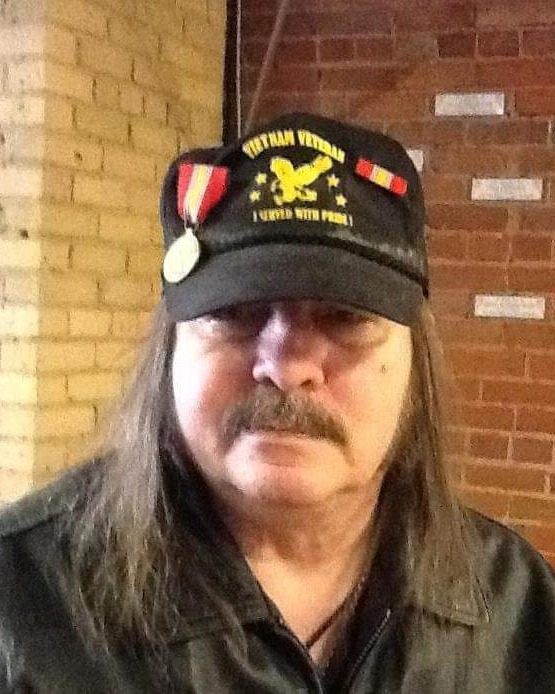 Blaine was born on March 20, 1947, to Onie and Violet Samuelson, and grew up in Duluth, Minnesota. As a teenager, he entered the Navy, where he remained until his 21st birthday. He then went on to marry and have three daughters throughout the years. Blaine spent his remaining years in St. Cloud, MN.

Blaine traveled the U.S., living in many states along the way, including Indiana, Wyoming, North Dakota, Arkansas, Florida and Michigan. He often held work as a mechanic after leaving the Navy.

Blaine was a very sharp thinker, with many talents. He was a gifted artist who loved to draw and do woodworking. He also loved to garden, strum on his guitar, dance and listen to music. Blaine treasured his time in the military and would boast about it often. He was often seen wearing his Vietnam Veteran hat wherever he went.

Blaine is survived by his stepmother, Betty; his three siblings, Gloriann, Judy and Wayne; his three daughters, LuAnne, Lisa, and Melissa; his grandson, Jeremiah; his fiancée, Laurie; and numerous nieces and nephews.

He is preceded in death by his parents; his nephews, Tommy and Brandon; and his nieces, Sandy and Michelle.

A Memorial Service will be held on Friday, March 3, 2023, at Noon at the Camp Ripley Chapel.

A visitation will take place one hour prior to the service at the Camp Ripley Chapel.

Interment with full Military Honors will be in the Minnesota State Veterans Cemetery - Little Falls, MN following the Memorial Service.

Arrangements are with the Anderson Funeral Home and Crematory in Alexandria, Minnesota

To order memorial trees or send flowers to the family in memory of Blaine Allen Samuelson, please visit our flower store.