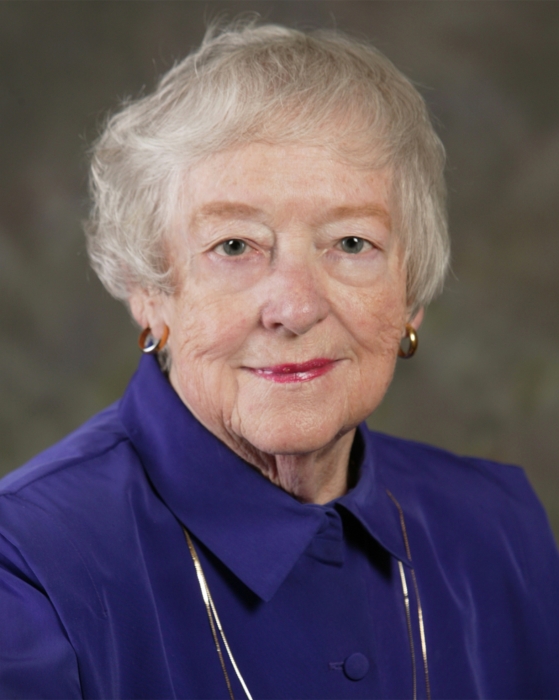 Beverly Jean (Lohrman) Grossman, the daughter of George and Anna (Vangstad) Flynn, was born in Osakis, MN on March 19, 1928. Beverly was one of six children. She went to Kindergarten in Sauk Centre, MN before her family moved to South Minneapolis where she attended school from first to eighth grade. Beverly and her family moved back to Osakis where she graduated from high school in 1946. Beverly attended St. Cloud Teachers College, graduating with degrees in English and Physical Education in 1949. She taught English in Princeton, MN for 2 years, Osakis MN for 1 year, and in 1952 she took a teaching position in Alexandria, MN where she raised her two sons, Daniel and Michael.

During her time in education, Beverly lovingly became known as “B” to her peers and students. B mentored many young students through her classes and coaching. It thrilled her that many of her students stayed in touch with her throughout their lives.

She worked hard at developing women’s sports at the high school when Title IX was implemented in 1972. Beverly coached with no pay to get the programs started. B was the first Alexandria head coach of an interscholastic sport for girls. B was named the head coach of the Alexandria girls track and field team in 1973.She was inducted into the School District 206 Hall of Fame in 2010.

Beverly married the love of her life, Robert Grossman, on February 9, 1980. They spent their retirement years in Hot Springs Village, Arkansas where she continued her love for helping the Arkansas educational programs as Scholastic Chairman for Arkansas Women’s Club, before they moved back to Alexandria to be closer to family.

She loved to read and do jigsaw puzzles. Beverly enjoyed traveling, making a number of international trips. Bev also collected masks and seashells.

A visitation will take place on Friday, February 7, 2020, from 4 – 7 PM at First Lutheran Church in Alexandria and for one hour prior to the memorial service on Saturday at the church. A memorial service will be held at 11 AM on Saturday, February 8, 2020 at First Lutheran Church, honorary pall bearers: Dan Zinda, Joe Capistrant, Pat McCarty, Dick Greengo, Marilyn Mesna, Wayne Elton, Bill Riggs, my nieces and nephews, my former students, my former athletes, and my former physical educations aides. Interment of Beverly’s urn will be later in the summer.

In lieu of flowers, memorials are suggested. All proceeds will be given to Alexandria area education programs or scholarship programs in B (Lohrman) Grossman’s honor.

Arrangements are with the Anderson Funeral Home and Crematory.www.andersonfuneral.net

To order memorial trees or send flowers to the family in memory of Beverly "B" Lohrman-Grossman, please visit our flower store.
Open