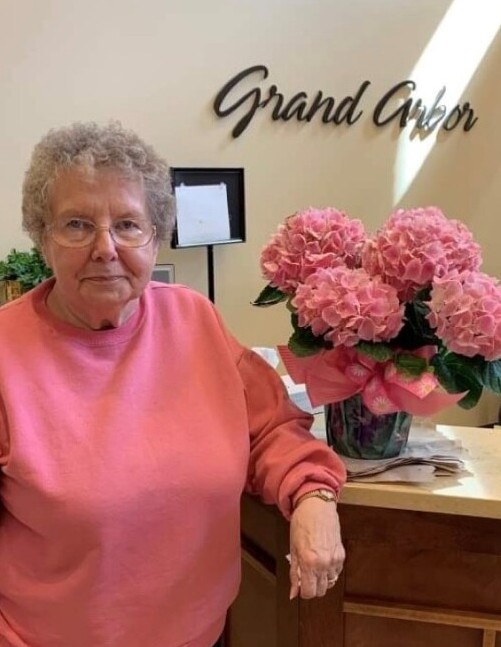 Beverly Jane (Beller) Vikander was born June 30, 1937 in Aberdeen, SD to Carl and Ada (Martyn) Beller. She was raised in Aberdeen where she attended school. In 1955, Beverly graduated from Central High School and continued her education at Northern College.

On August 5, 1956 Beverly was united in marriage to Robert Vikander. The couple was blessed with four children. Beverly stayed at home with her children while Bob started teaching. In the late 60s, the family moved to Morris, MN where Beverly opened her yarn shop, Mrs. V’s Yarn Shop. A couple of years later, she bought a fabric shop and combined her stores to make Mrs. V’s Fabric Shop. Beverly sold her fabric store in the late 80s. After nearly 35 years in Morris, Beverly and Bob moved to the Alexandria area. Bob passed away in 2017 and Beverly moved into Grand Arbor.

Beverly was a lifelong member of PEO, Philanthropic Educational Organization and loved spending her time volunteering. Her faith was very important to her and she was a member at the Methodist Church. Beverly’s greatest hobbies included sewing, knitting, and crocheting. This led to her being able to make clothes for her children and grandchildren. Beverly enjoyed cooking for her family and always keeping her pup, Maggie Mae, by her side. Her greatest joy in life was spending as much time with her children and grandchildren as possible.

A public visitation will be held from 4-7 PM on Monday, January 31, 2022, at the Anderson Funeral Home. A private family service will be held at a later date.

To order memorial trees or send flowers to the family in memory of Beverly Vikander, please visit our flower store.
Open