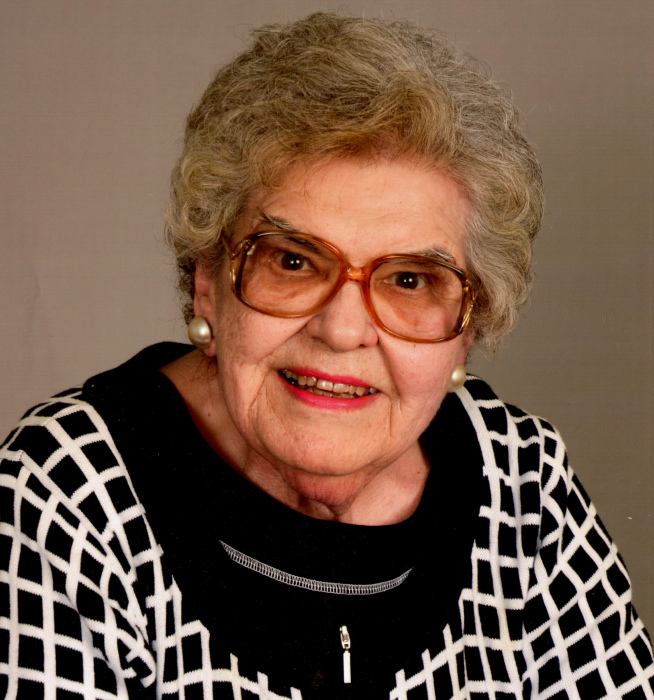 Beverly Joanne Solvie  was born April 5, 1932 in Hoff Township in Pope County, at her grandparents’ home, to Raymond and Marion (Halvorson) Solvie.  She was baptized at Our Redeemer’s Lutheran Church in Hancock, MN on May 8, 1932.  She was confirmed on June 2, 1946, at Cyrus Lutheran Church.  She attended and graduated in 1950 from Cyrus High School.  Following high school, she attended and graduated from Moorhead State Teacher’s College in 1952.  She then taught elementary school in Redwood Falls, Minnesota.

While singing in the church choir in Redwood, she met a handsome baritone, Peter Reque and they began dating.  On June 12, 1954, Beverly was married to Peter Reque at Cyrus Lutheran Church with Peter’s father, Rev. Paul S. Reque officiating.  Their first home was in Manistique, Michigan, where Beverly continued teaching at Cooks Area School.  In 1956, they moved to Bloomington, Minnesota, where Bev taught at Westwood School while Pete attended the University.  In 1957, they moved to Decorah, Iowa for two years, where Pete taught at Luther College, before they moved to Alexandria in the fall of 1959.  In 1955, in the middle of all this, Pete and Bev built an A&W Root Beer stand in Manistique, Michigan which they owned and operated in the summers until 1962, when they sold it to devote more time to their two children, David and Diane whom they adopted as infants in 1961 and 1962.

When Peter retired in 1987 from teaching, Bev helped him with a new business, Viking Microscope Service, which took them all around Minnesota during the summer months visiting schools and doing microscope repair work.

She was preceded in death by her loving husband, Peter Reque; parents, Raymond and Marion Solvie, and her brother Duane Allen Solvie.

Funeral Services for Beverly Solvie Reque will be held on Monday, July 29, 2019 at 11 AM at First Lutheran Church in Alexandria with a visitation for one hour prior to the service at the church on Monday.  Reverend Ben Jacobson will be officiating the memorial service.  Randy Morken will be the organist, Jere Solvie will be the vocal soloist and Mark Henderson will be the instrumental soloist.

Interment will be at the Cyrus Lutheran Cemetery.  Honorary Urn Bearers are Beverly’s grandsons.

To order memorial trees or send flowers to the family in memory of Beverly Reque, please visit our flower store.
Open