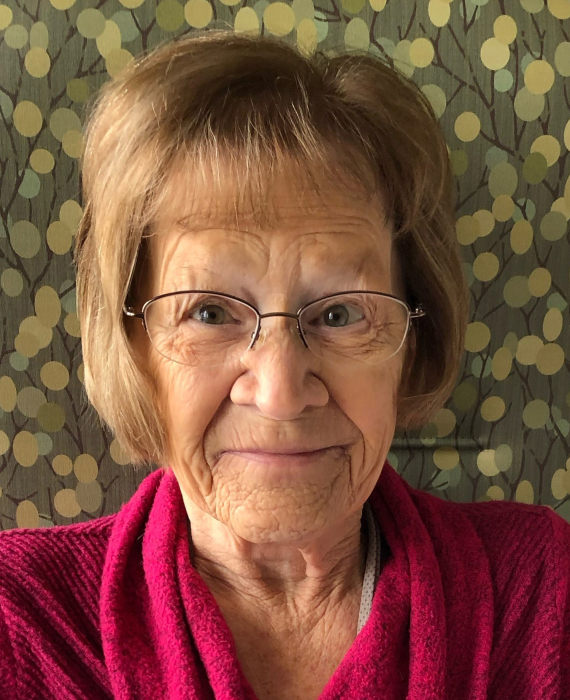 Beverly Jean was born on January 20, 1941, in Hettinger, North Dakota the daughter of Linfred and Vivi (Olson) Konkler.  She attended Hettinger High School and graduated in 1959.  Beverly was united in marriage to David Vollan and to this union three children were born David, Roxann and Wendy.

In 1970, she married Virgil Jahraus who brought two sons into their marriage, Gary & Shawn.  In 1974 the couple welcomed a daughter, Kelly.  The family moved to Minnesota in 1978 where Bev worked for Douglas County Hospital for many years as Unit Secretary.

On November 16, 1984, Beverly was united in marriage to Gary Hansen.  The couple lived in Nelson where Bev was on the City Council.  She loved working in her flower and vegetable garden – canning much of her produce.  Bev enjoyed baking her Christmas bread for family, crocheting, going to craft and garage sales.  She also helped her daughter Kelly with daycare.  Needless to say she was a busy lady even in retirement.

She was preceded in death by her husband, Gary; parents and sister.

Memorial service will be held on Saturday, January 22, 2022, 11:00 a.m. at Our Saviour’s Lutheran Church in Nelson with visitation one hour prior to the service at the church.  Burial will be at Hudson Cemetery. Service will be live streamed for those unable to attend.

To order memorial trees or send flowers to the family in memory of Beverly Hansen, please visit our flower store.
Open