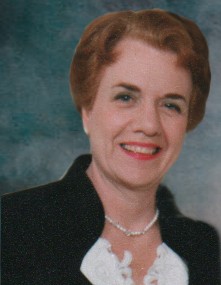 Bernice “Bing” Vivian Wessel (nee Crosby) was born a twin with brother, Bruce Crosby, on July 10, 1941 in Plainfield, New Jersey, to Roy and Bernice (Cooper) Crosby. She graduated from South Plainfield High School in 1959 and continued her education by taking typing and stenography courses in college.

Bing met Hank Wessel via the telephone in 1975 and the couple was married at the First Park Baptist Church in Plainfield, New Jersey on July 24, 1976.  During their marriage, Bing worked as a secretary for Bell Labs and Research & Development for Church & Dwight. She also worked with Margarite Chandler when she ran for Senate.

She will be remembered for her sassy personality and never complained throughout the years of having MS and cancer.

Bing died on Sunday, September 9, 2018 at her home.  She is preceded in death by her parents and brother, Roy Crosby.

To order memorial trees or send flowers to the family in memory of Bernice Wessel, please visit our flower store.
Open