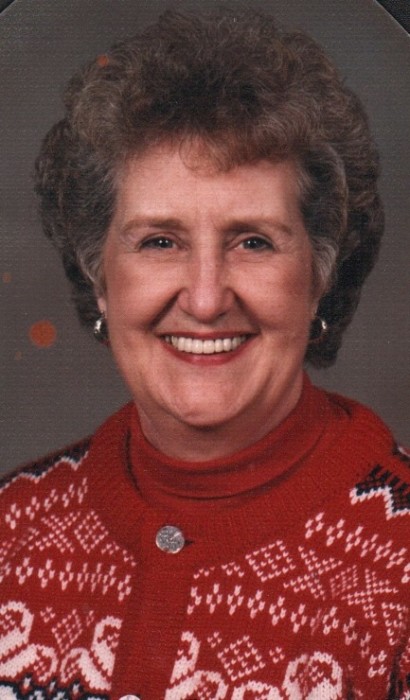 Barbara Ann Jacobson was born at Midway Hospital in St. Paul MN, to Clarence and Rachel (Authen) Jacobson.  She attended early elementary grades in Erdahl before her folks moved to her grandfather’s farm between Ashby and Evansville.  She attended the Evansville Public School until graduation.

After graduation, she lived with her aunt in Ashby and worked in the grocery store.  Her uncles worked on the construction of Freeway 94, laboring from 4 AM until 10 PM. During this time, she told her aunt she would never marry a Jacobson, even if that was the last person around. But when a customer offered to pay her fees if she would attend Lutheran Bible Institute, she packed her bags and came to LBI. There she was assigned to sit by young Robert Jacobson for the next two years.  Companionship grew into a marriage proposal and Barb married Bob. She was ribbed the rest of her life about never marrying a Jacobson.

Barb graduated from Bethesda Lutheran Hospital in St. Paul as a Licensed Practical Nurse. She was a listener;  she seemed to know that others needed to talk to come to know themselves.  Bob was especially grateful for this gift. They turned out to be a pair that fit together, and their marriage lasted over 60 years. Barb loved to golf, cook, play Sudoku and square dance. Because Barb was a caring and listening person, everyone loved to be around her. They were blessed with four children (Bruce, Rebecca, Byron, and Ben).

Barb died peacefully on December 15, 2019 after a 15-year battle with Alzheimer’s. Bob cared for her tirelessly but eventually she moved into the assisted living facilities in Brandon and Alexandria where she received excellent care.

Barb is survived by her husband, Bob, brother Ron (Babe) Jacobson and sister Yvonne (Dayton) Hermanson, son Bruce (Anita), daughter Rebecca (Jorge), and sons Byron and Ben (Barbara) and nine (9) grandchildren who are now scattered all over the globe – and they continue to listen like their grandmother taught them.

Barb is preceded in death by her sister-in-law Margaret and all four parents: Clarence, Rachel, Phoebe, and Oliver.

Memorial service will be held on Saturday, December 28, 2019, 11:00 a.m. at Grace Lutheran Church in Brandon with visitation one hour prior to the service.

To order memorial trees or send flowers to the family in memory of Barbara Jacobson, please visit our flower store.
Open