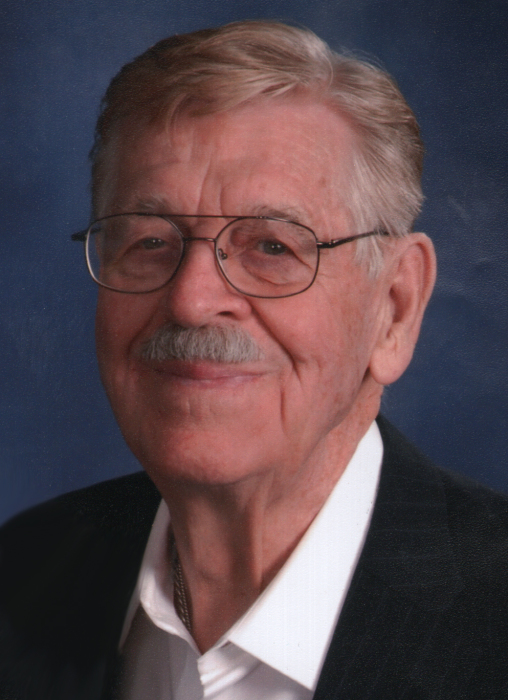 Arthur Joseph Haug was born to Mabel and Andrew Haug at Deaconess Hospital in Grafton, ND, on January 16, 1930.  Two weeks prior to his arrival, Andrew took Mabel by Model T Ford to Grafton which was 50 miles from Fairdale, where she stayed until Arthur was born.  When he was born, Andrew took the Soo Line Railway to Ardock, ND and walked the 20 miles to Grafton on the Soo Line tracks that came from Winnipeg to see his new son.

Arthur attended Fairdale H.S. and was Valedictorian of his class and went on to Concordia College majoring in music and social studies.  He volunteered for the Korean War in June of 1952 and was sent to Korea in December of 1952 where he was assigned to the 9th Field Artillery Battalion. During those 6 months, he endured combat related injury resulting in his combat connected disability.  He was transferred to the 3rd Division Band playing trombone where he was a member of the Honor Guard and played for many generals and world leaders.  He was with the Division Band for over a year and then was transferred to the 4th Army Band where he played for the repatriation of American prisoners of war.

He was honorably discharged from the Army in June of 1952 and began his music and speech teaching duties at Langdon High School in the fall of 1952.  During the the 5 years he taught there, he met his wife of over 55 years, Avis. While in Langdon, they had 3 children. From Langdon, Arthur and family went to UND at Grand Forks for graduate study and was an assistant band director at UND where he conducted the pep band at football and hockey games. Arthur’s son, Crayton was born in Grand Forks while Arthur was on a UND band trip.

After a year at UND, Arthur took a job at Drake, N.D. as H.S. principal and music teacher.  It was while at Drake, Arthur & Avis had an upholstery shop and redid many chairs and davenports in their spare time.  While working at Drake, Arthur continued his UND studies earning his master's degree in administration in 1960.  After Drake, the family moved to McVille, ND where Arthur was Superintendent for 1 year before moving to Larimore, ND as Superintendent for 3 years. From there, the family moved to Osakis, MN where Arthur was H.S. principal and speech teacher for 20 years.  They also bought and ran Sunset Resort for 10 years where Avis was the general manager while Arthur was at school.  It was during this busy time at Sunset Resort that Andrea was born.

Arthur was a member and assistant director of the Vikingland Men’s chorus for many years.  While in Osakis, he was a member of the Masonic Lodge and Shriners club, also a member and president of the church council of Osakis Lutheran church as well as music coordinator.  He was a member of the VFW and held local and district offices for many years.  Arthur retired from his school duties in 1984 after his heart surgery. He continued to work for many years, first as office manager of the veterinary clinic in Sauk Centre and later as a salesman with Randy’s Menswear in Alexandria.  Throughout his career, Arthur was also band or church choir director in many of the cities they lived in.  In 2007, Arthur and Avis sold their Osakis home and moved to Alexandria. They were members of First Lutheran Church; Arthur was in the choir and also played trombone in a small jazz band.

Arthur loved to hunt, fish, do woodwork and carpenter work.  Later in life, he took up quilting to help Avis when she no longer could do that work.  He encouraged his children to do good work and to excel in everything they were to do.  They all went on to exceed their dad's expectations.

To order memorial trees or send flowers to the family in memory of Arthur Haug, please visit our flower store.
Open