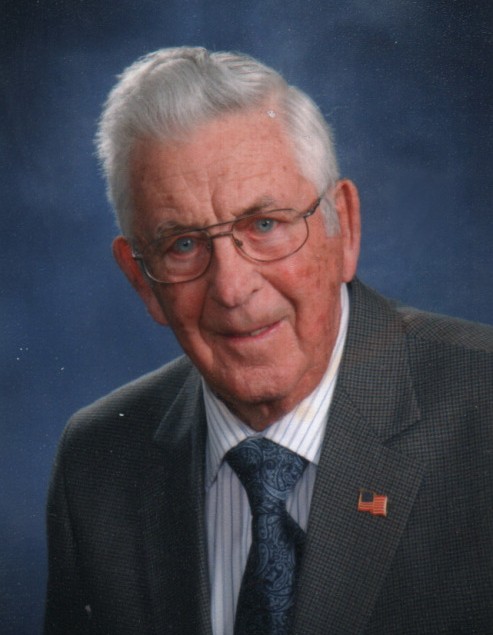 Arthur Edward Berg was born on April 13, 1922, in Starbuck, Minnesota to Anton and Sarah (Evenson) Berg. He was baptized and confirmed at Fron Lutheran Church in Starbuck. Art graduated from Starbuck High School. At the age of 19, he was drafted into the U.S. Army and served on the Pacific Rim in Okinawa, Japan in medical supply. During his time stationed in Japan Art even got to play some baseball. After the war, Art returned to his hometown area and settled in Alexandria.

Art was united in marriage to Jessie Birney on June 9, 1946, at Glenwood Lutheran Church in Glenwood. The couple made their home in Alexandria and were blessed with 4 children, Barbara, Daniel, Tim and Scott. Art started his photography career at Vernon Studios and later with Yerka Studios, both in Alexandria. He enjoyed his chosen career as a wedding photographer and of taking family portraits. Art was a well-known photographer in area schools. He had a special gift of making the little one's smile, capturing those timeless yearbook moments. When it was time for senior portraits to be taken, Art was behind the camera.

Art loved people and made friends easy. He was honest, generous and kind. Volunteering was very important to Art. He enjoyed helping the Salvation Army and working at the Senior Center. Art loved golf and was a founding member of the Atikwa Golf Club. He enjoyed playing cards, especially the game, Nickels, and having a cup of coffee whenever he could. Art was a longtime member of First Lutheran Church in Alexandria.

A Memorial Service will be held 11:00 AM on Thursday, April 28, 2022, at First Lutheran Church in Alexandria.  Visitation will be held for one hour prior to the service at the church.  A private interment will be held on Wednesday, May 4th at Fort Snelling National Cemetery in Minneapolis.

To order memorial trees or send flowers to the family in memory of Arthur Berg, please visit our flower store.