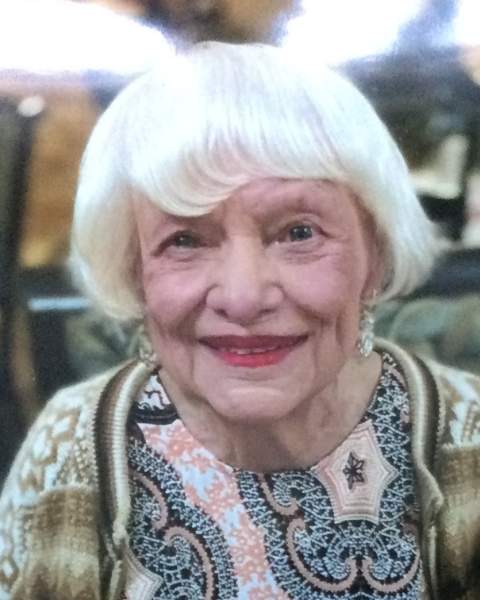 Arlie May (Hall) Mulder was born on August 27, 1924, in Brownton, Minnesota to Earl and Edna (May) Hall.  She was baptized and confirmed at Brownton Congregational Church in Brownton.  Arlie graduated from Brownton High School and attended St. Cloud State University where she earned her Bachelor’s Degree in Teaching.

Arlie was united in marriage to Luverne Mulder in June of 1945, at the Brownton Congregational Church.  The couple made their home in Raymond where Arlie taught elementary school. She retired in 1984.  Luverne and Arlie enjoyed traveling and wintering in the Phoenix, Arizona area and summering in Alexandria.  In 1999, Luverne died and Arlie stayed in Arizona until April of 2021, when she moved to Windmill Ponds in Alexandria.

Arlie enjoyed reading and traveling, watching game shows, especially Jeopardy and playing cards like Hand and Foot, Bridge, and Pinochle. She was a fan of the Minnesota Twins and Vikings, catching their games on TV.

Arlie died on Tuesday, November 8, 2022, at Windmill Ponds in Alexandria at the age of 98.  She is survived by her son, Ross (Marilyn) Mulder of Lake St. Louis, MO; daughter, Maureen Even of Alexandria; three grandchildren, Kristen and Travis Mulder, and Matthew Burkman; six great-grandchildren; sister-in-law, Betty (Bill) Goeman of Clara City; and three nieces and one nephew.  Arlie is preceded in death by her parents, Earl and Edna; and husband Luverne.

A memorial service is being planned for the summer of 2023.

To order memorial trees or send flowers to the family in memory of Arlie May Mulder, please visit our flower store.