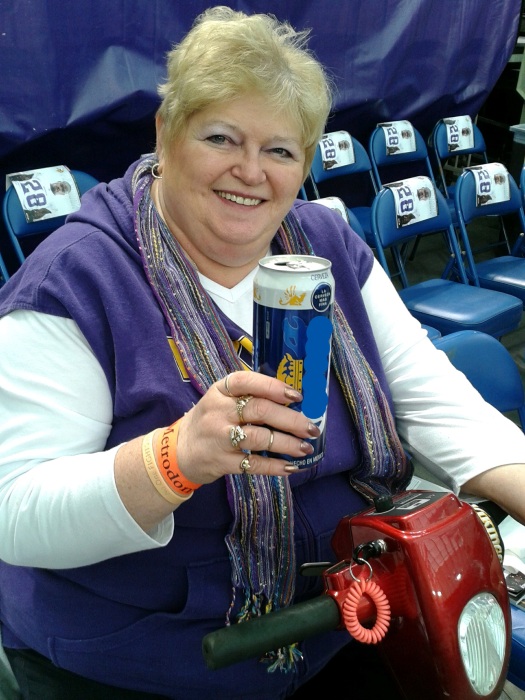 Anita Mae Kovar, the daughter of Arnold and Aileen (Townsend) Gerdes, was born on April 12, 1952 in Glenwood, MN.  She grew up on a farm near Villard and graduated from Villard High School in 1970.   Anita met and then married Ernie Hugghins and together raised a daughter, Heather.  They made Alexandria their home where Anita became a police despatcher for the Alexandria Police Department and where she cared for Ernie until he passed away from cancer in 1991

Anita met and married Roger Kovar.  They made their home in Morris Point at the Lake of the Woods where they co-owned the Morris Point Resort.  After a number of years, they sold the resort and moved to Alexandria where Anita worked as the manager of the Hallmark Store at the Viking Plaza Mall and then with Henry’s Foods in sales.  Anita took time off from her work to care for Roger during his battle with cancer.  After Roger’s death 2009, Anita moved to Crystal to be closer to her daughter and start her retirement.

Anyone who knew Anita, loved that she was always put together with nails polished, hair done, and dressed to the nines.  No one carried themselves like she did especially, at Viking Football games. Anita was known to dress all out in her “Olga” outfit, bringing cheers and smiles to the crowd.  To say the least, Anita was a die-hard Minnesota Viking fan.  She attended many games and loved traveling out of state to see a game.  She never missed a game and loved to have people over to watch the game with her, as long as they were quiet and watched.

Anita was a fun, loving, and quick-witted woman who always had a come back comment to make people laugh.  She loved to entertain and met many great people throughout her life.  Anita loved to tell stories about her past jobs and life experiences.  She liked traveling and dining to experience new locations and cuisine.  Anita was a caring wife, loving mother, and good friend to many.  She will be forever missed for big heart and big personality.

Anita Mae Kovar died on Tuesday, June 2, 2020 at New Perspective Senior Care Center in Minnetonka, MN at the age of 68 years old.  She is survived by her daughter, Heather Hugghins; siblings, Audrey Gunderson and family, Allen Gerdes and family and Gene Oswald. Anita was preceded in death by her parents, 1st husband Ernie Hugghins, 2nd husband Roger Kovar, and her sister Ardis Oswald.

A celebration of Anita’s life is planned for July 18th at Arrowwood Resort from 1p-4p.  Please plan ahead and bring all of your great Anita stories to share and of course representing your favorite football team (as long as it is the Vikings!).

To order memorial trees or send flowers to the family in memory of Anita Kovar, please visit our flower store.