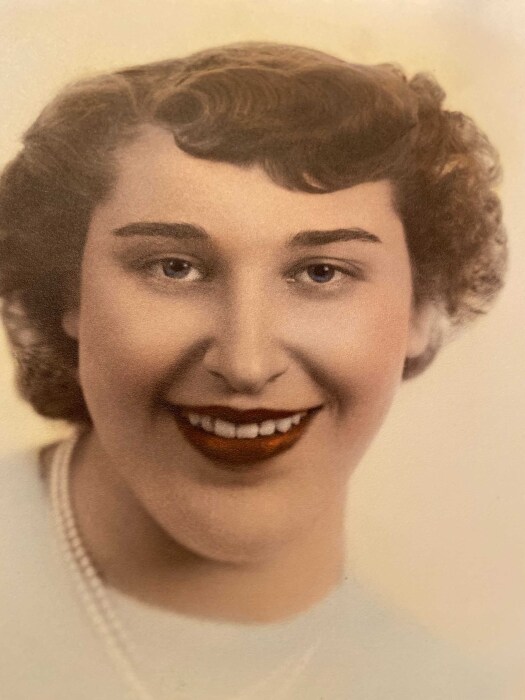 Allene Goll was born in 1936 on the family farm located in Hancock, Minnesota. This is where she grew up and attended Hancock School where she graduated. Upon graduation she attended Moorhead State for a short period of time and then entered the world of working for Ottertail Power Company in Crookston, Minnesota. She did so well there that they had her transfer to Fergus Falls where she had a long career of 20 years with the company and became Home Service Director.

She was admired by many and was a local TV personality demonstrating the use of microwaves and how effective they were when they first came out. She excelled in the company and was thought of highly throughout her years there.  She also during this time started a local clothing store in Hancock called Allene's, where if featured woman's clothing and would come home weekends and work in the store.  She continued to improve the building where she rented out four apartments upstairs. During this period of her life, she was the aunt with all the extra's and she would lavish on her nieces and nephews.  She was always buying new dresses for the girls. When she would come to dinner, she would bring potato chips and dip, which back in the 60's was a big deal and would always be a real treat.

She married the love of her life, Neil Handorff at the age of 41 and they spent almost 45 years together enjoying each other. While first married they lived in Lakeland, Minnesota and then decided to move to Morris, Minnesota, where they spent several years until they bought their lake cottage which they enjoyed for many years. The couple went between their lake home and their Orlando Condo for winters. During this time, one of her favorite hobbies was fishing. They had over 30 years of fishing together and were known for their famous fish fry's. Allene knew how to make you feel special with her yummy fish frys. Allene and Neil got to enjoy going between their lake home in Osakis and their condo in Florida for 24 years before they decided that they wanted to spend their final years in Alexandria, Minnesota. The couple moved back permanently in 2019.  Allene was very involved in her community throughout many different organizations including Rotary Club.

Allene is the last of 6 children of John and Bertha Goll and her siblings John Jr. Goll (Helen), Howard Goll (Edna), Minnie Benson (Dwain), Lila Watson (Ray) and Libbie Ann Moser(Gene) all preceded her in death.

To order memorial trees or send flowers to the family in memory of Allene Handorff, please visit our flower store.
Open