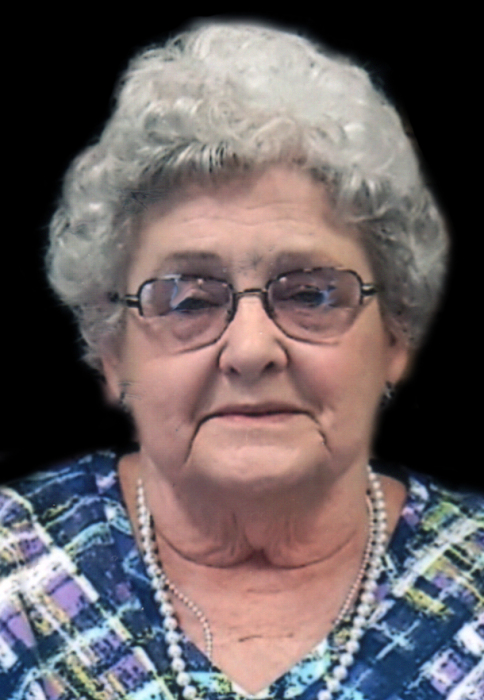 Alice Ethel (Dickhoff) Meissner was born at her parent’s home on December 18, 1937, the daughter of George and Elda (Hollatz) Dickhoff of rural Parkers Prairie, MN.

Alice was baptized and confirmed at Zion Lutheran Church in North Effington Township. She grew up on the farm and attended school District 235 Ottertail County. Alice graduated from eighth grade. In her teen years she helped on the farm and worked as a mother’s helper and nanny.

On December 29, 1954, Alice was united in marriage to Warren V. Meissner at Zion Lutheran Church in North Effington Township. The couple made their home on the Meissner home farm. They were blessed with three children, Roger, Linda, and Warren. In 1987, they turned the farm over to their son, Warren, and moved to a lake home on Lake Aaron.

In the 1970’s Alice became a Certified Nursing Assistant and, for twenty-three years, worked at Crestview Nursing home in Evansville, MN. In 2000, they moved to Alexandria, MN where for two years she worked in the dietary department at Knute Nelson Home.

Alice was a member of Trinity Lutheran Church near Millerville, where she taught Sunday School, Release Time, and she was also a member of the L.W.M.L.

Alice and Warren enjoyed traveling, going to Germany and taking some bus tours to Alaska, Branson, MO and Nova Scotia. Alice liked to crochet and knit for her children and grandchildren making lots of Afghans. She taught her granddaughters to crochet. Alice always had some art craft for them to do while staying at her house. She spent a lot of time in her vegetable and flower gardens. Though busy, she could always make time to take the kids fishing, a sport she loved. While on the farm, she loved to ride her horses, and her favorite color was purple.

A private funeral service will be held Saturday, January 30, 2021 at Trinity Lutheran Church near Millerville. Interment will follow in the church cemetery. Pallbearers include Alice’s six grandchildren, Beau Larsen, Nicole Larsen, Catlyn Condon, Brittany Meissner, Brendan Meissner, and Brandt Meissner. Honorary pallbearers include all of Alice's great grandchildren. Visitation will be from 4 to 8 PM Friday at the Anderson Funeral Home in Alexandria. Masks, social distancing and building occupancy limits are required at the funeral home and the church. Arrangements are with the Anderson Funeral Home and Crematory.

To order memorial trees or send flowers to the family in memory of Alice Meissner, please visit our flower store.
Open