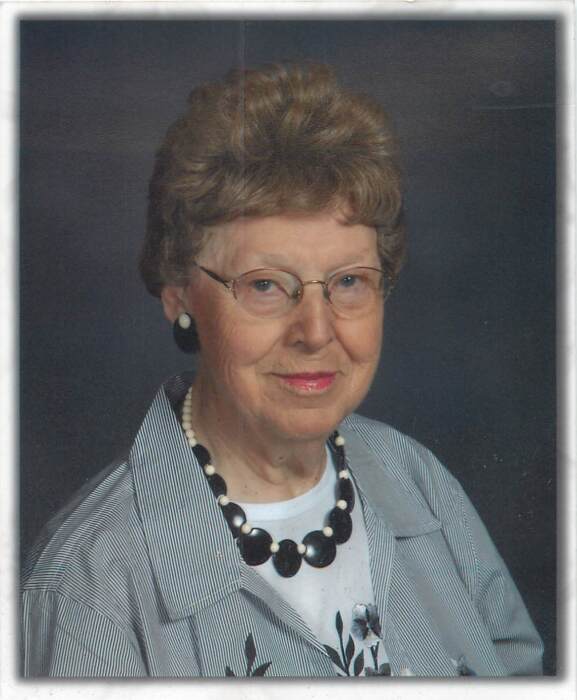 Adeline Anna Bertha Zastrow was born on July 15, 1924, to Lambert and Josephine (Schmidt) Hohnwaldt near Garfield, MN.  She was baptized and confirmed at St John’s Lutheran Church in Garfield. She attended a couple years of German school before attending regular school. She then started domestic work at the age of 14 for Art Wittnebel and Wilmer Schultz. She did this type of work for several years.  Adeline also milked cows for Hertha Timm.  She married Arnold Zastrow at St John’s Lutheran Church on June 29, 1953.  They lived in Garfield for a number of years before building their house on the farm north of Garfield.  They were married for 42 years.

Adeline enjoyed tending to her flower gardens and working in the yard during the summer. She liked sewing, doing stitchery, and putting puzzles together in the winter.  She also hosted the annual traditional schwartsauer soup dinner served with kimmel at her home for her family and friends for many years.

Adeline moved to Brandon Assisted Living in 2015 after suffering her second stroke where she lived until she passed away on November 24, 2020, at the age of 96 years old.

In lieu of flowers, the family suggests donations to Douglas County Hospice.

To order memorial trees or send flowers to the family in memory of Adeline Zastrow, please visit our flower store.
Open